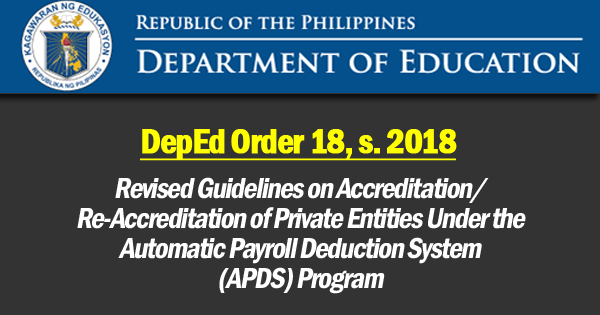 “Sec. 48 Authorized Deductions. Deductions from salaries and other benefits accruing to any government employee, chargeable against the appropriations for Personnel Services, may be allowed for the payment of an individual employees contributions or obligations due to the following, and in the order of preference stated below:

In no case shall the foregoing deductions reduce the employee’s monthly net take home pay to an amount lower than Five Thousand Pesos (P5,000)

While I recognize the convenience to government employees in authorizing agencies to deduct the amount of their contributions and obligations to financing institutions under General Provisions, Section 48, “Authorized Deductions,” Volume I-B, p. 629, their overall protection remains to be my primordial concern. Government agencies are not merely collecting agents for these institutions, but influential representatives of government employees availing of this salary deduction facility. Government agencies should, therefore, leverage the facility given to these institutions to secure for government employees the most favorable terms possible for the protection of their rights and the promotion of their interest.