I’m glad that President Duterte has overruled his Budget Secretary Benjamin Diokno who wanted to once again give priority to the government’s focus on “Build, Build, Build” infrastructure projects – something that has been ongoing since the start of the current administration and something which, quite frankly, is a tree from which we have yet to see fruit. Still, the budget secretary remains keen on pouring more of the national budget here than into other projects that are in desperate need of funding.

With this focus in mind, he has claimed that the country’s public school teachers’ increase can wait while the administration uses the budget for very expensive public works projects. I’ve said it before but it bears repeating that Diokno and I are sitting on opposite sides of the fence on this one. In all honesty, it has been a few years now and can we really say we have seen the difference that “Build, Build, Build” has been promising? Has it improved the country in big tangible ways? Why are we so focused on pouring more money into a project that is moving at a snail’s pace?

In the meantime, the hardworking and underpaid school teachers are struggling to make ends meet while doing their best to provide a good education to our children. I have always said that our teachers are our most valuable resource. Knowledge is power and the only way to truly invest in real and lasting change for the country is investing in the youth and ensuring that they have a good education. This gives them the strong foundation they will need as they grow older. In the end, isn’t investing in our children the best way of investing in the future? 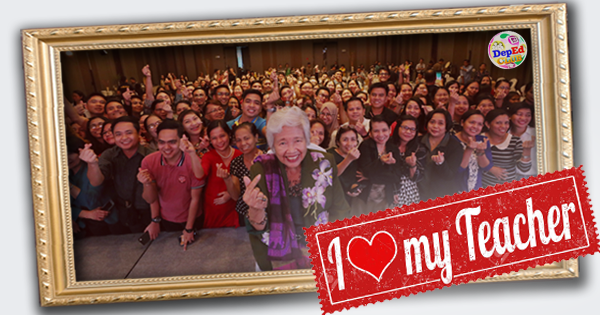 And we have all seen the dedication our teachers have to their jobs despite not being compensated properly. There are so many stories in the news about teachers braving the elements to get to their schools, or teachers walking miles and miles every single day, or even teachers finding ways to teach their subject matter without any of the materials needed. This happens all over the world and not just in the Philippines. Who can forget the computer teacher who did his best to teach his students about computer programming without a computer and had to make do by drawing the entire interface on the blackboard? Honestly their efforts are nothing short of heroic these days against quite formidable odds.

Fortunately, President Duterte feels the same way. Inspired by his mother – who was a teacher – the president has promised that 2019 will be the year that he finally implements the wage hike for public school teachers. In his recent visit to Bulacan, the president pledged to raise teachers’ salaries following the recent pay hike granted to soldiers. He told them that it was finally their time to get what they deserved and ensured them that once the national budget was signed into law he would find a way to make the pay raise happen.

I hope the president is true to his word this time. Teachers in the Philippines are way overdue for some additional compensation and recognition. Much like our soldiers who protect us, teachers safeguard our children. And in 2019 – which is an election year – they are also the volunteers who help during the elections, often even in great peril to their own lives. It’s high time we recognize their invaluable contributions and adjust their salaries accordingly.

The government just has to look at the country like one big business. In any corporation there are different jobs, which contribute to the success of the overall business. Each department and each worker must be recognized in their own way and given just compensation. They may not need recognition all at the same time, but each should be given their due. It is time to give teachers their due too.